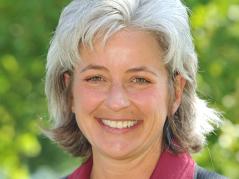 Currently the executive associate dean of the College of Agricultural, Human and Natural Resource Sciences at Washington State University – a diverse college with 15 reporting units ranging from apparel, merchandising, design and textiles to biological systems engineering – Kidwell is a nationally respected scholar of plant breeding and genetics. She served as the college’s acting dean in 2015-16.

At Illinois, she also will hold the inaugural Robert A. Easter Chair.

“Professor Kidwell has excellent scholarly credentials, leadership experience and management skills,” said Edward Feser, interim provost at Illinois. “She has demonstrated a passion for students and teaching throughout her career, and she has developed her own leadership skills training program, which she plans to relocate to Illinois in partnership with WSU.

“From the exceptional quality of her extensive interactions with campus representatives throughout the search process, it’s clear that she will be an outstanding leader of ACES.”

Kidwell will succeed ACES Dean Robert Hauser, who has served in that role since 2010. He was interim dean of ACES for a year prior to that, and also served two terms as head of the department of agricultural and consumer economics, from 1995 to 2001 and from 2004 to 2009.

Hauser has developed and led exceptional U. of I. Extension programs, taught several undergraduate and graduate courses since he joined the faculty in 1982, and received numerous research and Extension awards.

“Dean Hauser has been a tireless advocate for the faculty, students and staff of ACES and a respected ambassador for its programs and achievements across Illinois and the U.S.,” Feser said.